How does the shown object point to a better world?

With the object bed I asso­ci­ate rest, recre­ation, energy, relax­a­tion, read­ing, sleep and espe­cially time. It points to a bet­ter world, in that it means being able to rest, to do what one feels like doing and espe­cially not hav­ing to work. Under cap­it­al­ism, people work an enorm­ous amount, at least for about 30 years, up to eight hours a day, which means that they have less time for oth­er, more import­ant things, such as rest. Too much work has been shown to put a strain on health and the psyche, for example, and may even make them unable to work. A bed provides a short break, a healthy rest away from the over­load of work.

This is how I imagine a better world:

I ima­gine a bet­ter world as a just world, where all people are equal and free and have the same resources, such as edu­ca­tion and eco­nom­ic cap­it­al, avail­able from birth. I ima­gine a world in which no one is hungry or home­less, in which no one is forced to live in the world because of cer­tain char­ac­ter­ist­ics — such as eth­ni­city, gender, reli­gion, etc. — and / or treated dif­fer­ently. It should be a world in which people and their health and the envir­on­ment are put before the eco­nomy. It should be a world free of prop­erty, without a mono­poly on the use of force, where all people have access to any kind of infra­struc­ture and can move freely any­where at any time. Ulti­mately, it should be a world in which there is much less work, about four hours four days a week, so that there is more time for recre­ation.

This text was translated by machine. See original text. 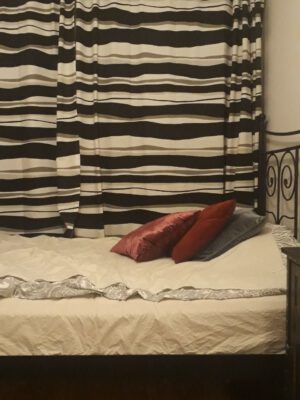